I don’t know how many people actually read let alone NOTICE chapter names.  When I was younger, I thought J.R.R. Tolkien’s style of writing was the archetype for all fantasy writers (some would say it is), and this extended to his chapter names.  I was infatuated with the clever, descriptive, and even “noble” sound of his chapter names.

All of that being said, it’s interesting to note that chapter names are far less common nowadays.  Now, I’m no “writer-statistics-specialist”, so you can correct me if I’m wrong, but I don’t see people giving their chapters names anymore.  I think this can be for a number of reasons (see the “Cons” part of this article).  But I believe one important reason is that readers don’t like long chapters anymore (or maybe they never did, and writers finally started making chapters shorter), and so now the average novel has twice as many chapters as a novel would’ve had fifty years ago.

Why does the number of chapters in a book influence whether or not they get names?  Well, who wants to waste all that time thinking up names for 25+ chapters?  Honestly, naming chapters that are between 6-9 pages long is annoying.

I’ve already started listing some cons, so let’s take a look at some pros.

Pros of Naming Your Chapters

What usually grabs your attention when you pick up a random book at a bookstore?  The colors of the cover, obviously the image of the cover…and maybe the name?!  Names are great because they have the power to incite certain feelings within the reader.  Obviously, the titles of books are able to do this, whether they elicit feelings of curiosity or excitement, but chapter-names have the ability to do this too.

Think about it.  Oftentimes, when we begin a new chapter, we are either continuing to write about an event that happened in the previous chapter, or we are opening up a new scene/new setting.  Chapter names are able to help us accomplish this; they give the reader an understanding of what’s going on, meaning that we don’t have to waste time explaining it to them.

Suppose you were reading a fantasy novel, and the story was changing from one setting to another.  Which arouses that fantasy-magical sort of feel?

Chapter 6: The City in the Treetops

The second title makes you think of what?  Really huge trees, so big that they contain buildings?  Lots of crazy architecture?  Perhaps Elves, or other woodland creatures?

Seriously, names can make images and ideas EXPLODE into your mind.

Chapter-names are also great for setting “the feel” of the entire chapter.  Consider these two titles.

That first title doesn’t give any description concerning what’s about to happen.  That’s fine, if that’s what you want as the author.

Names have power.  They are great for setting the tone and inciting feelings in the reader, feelings that you want them to have.

The only other (main) reason I think chapter-names are good is because they give your book a sense of orderliness.  It’s convenient for readers to know in which chapter they last left off, and it helps them to remember in which chapter so-and-so dies/gets married/eats brussel sprouts/etc.

Cons of Naming Your Chapters

We’ve already determined that people like short chapters nowadays, so it might seem silly to name all 35 of your chapters, when they are each only 8-12 pages long.  Sometimes there isn’t enough action in each chapter to merit a name.  You don’t want to have chapters that are 3 pages long, and you get stuck naming them things like “No Honor, No Glory, Only Blisters in Unfortunate Places” (ahem, Inheritance by Christopher Paolini).

Also, naming your chapters also runs the risk of being too descriptive.  Ever read The Children Of Hurin by J.R.R. Tolkien?  (probably not, because you’re not a nerd like me!) 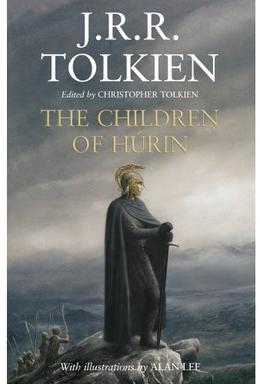 Well, this book by far has some of the WORST chapter names.  Three chapters were named: “The Death of (insert name of important character)”.

If you don’t trust in your ability to name chapters well, don’t name them at all.  It’s better than being stuck with a name you don’t like, or a name that gives information away.

Another reason not to name chapters is a matter of taste.  If you think chapter names sound too “old”, then don’t have them.  If you want your story to be wrapped in mystery, or you have a story full of surprises, maybe chapter-names aren’t for you.

Remember how we decided chapter names give your story order?  Well, sometimes they can give your story too much order.  Chapters that are long (and long enough to merit a name) can end up becoming a story within a story; each chapter forms its own little short story within the book.

If you strongly dislike this idea, and you prefer your chapters to run together, then maybe you shouldn’t have chapter names.  If you have a story where chapters are really only present to give your reader a break, then why waste time naming those chapters?

Elithius (my story) doesn’t have chapters with names, as of now.  I simply have too many chapters to name them all.  Also, there are plenty of surprises and plot-twists in my book, so I prefer to keep the element of surprise.  My story is fast-paced and really runs together; there isn’t time for each chapter to have “a story of its own”.  And there’s nothing wrong with that; that’s just how I want to “play my hand”.

When it comes to chapter names, how do you play your hand?

I hope this provided some helpful insight into whether you should name your chapters.  As always, I love to hear what you think.

What do you think?  Thoughts?

7 thoughts on “The Pros and Cons of Naming Your Chapters”