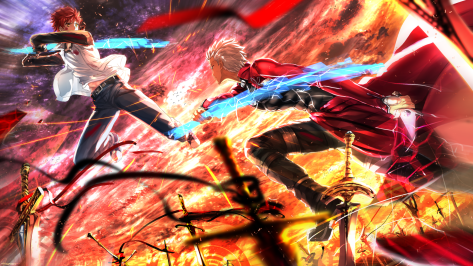 I feel as if I must write this.

Two days ago, I posted an article about how disturbing it is that we humans, as a society, have a twisted appreciation for violence.  I was condemning the fact that we enjoy watching violence and stated that violence desensitizes us, thus making violence more acceptable in society.  I wanted to know why we felt this way.  Why do we enjoy violence?  We do we even, at time, crave seeing it?  Why does it feel good (say, from a contact-sport perspective)?

One blogger, Karandi over at 100WordAnime, challenged me in the comment section, stating that she disagreed with me.  Most people are not desensitized by the violence in movies or video games, and their feelings of real violence vs. story-violence are quite separate.

Now I don’t know if I agree with Karandi entirely, but I had an experience this morning that caused me to consider her words in greater detail.

If the following makes you feel uncomfortable, please forgive me.

I’m in college and I live in an apartment with my sister and one of her friends.  We noticed, to our dismay, that we have a bit of a mouse problem.  So we bought a mouse trap–the sticky/glue kind, that traps the mice but doesn’t kill them.  My sister forgot to buy mouse poison to place on the glue traps, so, while the mice would be stuck, we would still have to do the dirty work of getting rid of them.

Being the man of the house, I stated quite calmly that I would be happy to “finish the job”, in the event that we caught a mouse.

Well, I walked downstairs this morning to find not one but TWO mice caught in a trap.  One of the critters was smack-dab in the middle of the trap, the other one was caught only by the tail.  Grimly satisfied that we had caught them, I proceeded to get the broom…but then I decided that the broom was too soft, and I probably wouldn’t be able to kill the mice.

So I went back upstairs to get my shoe.  After pulling the mouse trap out, I looked down at the two little things.  And hesitated.

I wasn’t sure what made me pause.  Maybe it was the fact that, with a shoe, I would have to get close to them in order to smack them.  Maybe it was because, when they saw me, they started panicking, and writhing, trying to get away.

Did I feel bad that I was going to kill them…?  Was I just afraid of them?

I didn’t really get it.  I watch plenty of violent shows; some of my favorite anime are very violent.  I imagine myself as the characters, taking down Homonculi, Titans, you name it.  I’m positive that, if I were in those same circumstances, I would be powerful, strong, determined, and fearless.

And now I’m looking down at two mice, trying to be a man, but afraid to finish the job.

I didn’t have my contacts in, so these things were just two brown fuzz balls.  There was no sense of empathy as a result.  Honestly, I believe my hesitation simply arose from the fact that killing them was going to take deliberate action.  I didn’t feel “guilty” for what I was about to do.  I think that, at heart, I was afraid to kill, simply because…

There’s something about killing that I find scary.  Even if I’m killing two pesky mice that keep on eating our food.  Once you kill something, it’s gone, and you are responsible.  It doesn’t matter that it was for a perfectly good reason.  There is still something scary about hitting something until it’s dead.

Well, once I reasoned that they could possibly escape, I did it.  I was, after all, the man of the house.  It would’ve been wrong for me to leave the dirty work to my sister or her friend.  We also had another woman and her 5 year old sister sleeping over.  I had to finish the job before any of them could wake up and witness the dirty work.

After I hit the mice once, any hesitation thereafter was nonexistent; it seemed nicer to end it as quickly as possible.

Once the deed was done, I felt satisfied with myself, but I was also shaken.  It wasn’t death that bothered me, but killing specifically.  I find it interesting that, although I thought I would’ve had no problem killing them, I ended up feeling disturbed.  Even though I thought violence was cool and empowering, I really didn’t have it in me to behave in such a manner.

Violence, I suppose, oftentimes IS separated from what we see in movies or anime.  We are not what we watch.

5 thoughts on “Why Do We Enjoy The Action/Violence in Stories? (Part Two)”

Join 643 other followers
Follow The Golden Lands on WordPress.com