Let me tell you, it feels great!

I’ve gotten plenty of rejection letters from publishing companies and literary agents alike.  They usually start out with a “thank you”, which is never a good sign…because after the “thank you” comes a “but”.

But not this time.

Recently, someone from Z Publishing reached out to me (through this blog!) and asked if I would like to submit an excerpt of my book to be featured in an anthology.  How could I refuse???  I still had to go through the submission process just like everyone else, but my excerpt would have a higher likelihood of being accepted because it was a “solicited manuscript”.

Still, higher chance of success or not, getting that email from Z Publishing was awesome, because it’s the first acceptance letter I’ve ever received.  Check it out 🙂

Basically, it says that my submission was accepted, that it’s going to be published, and it also explained what steps have to be taken next.

To give you some more information: my excerpt is going to be a part of anthology.  The anthology features emerging writers in America…that’s actually what the series is called!  Every year, Z Publishing rounds up all the upcoming authors in America and compiles excerpts of their novels into an anthology.  To be counted as an “emerging writer” is certainly a compliment!

If anything, hopefully this shows that blogging IS good for something.  They found me through this blog, which means something similar could happen to YOU!  I’m not expecting that I’m going to become famous or anything (my excerpt is one among many!) but it’s still something that I can credit to my name in the literary world.  “With an excerpt featured in Z Publishing’s Anthology”.  Always persevere with blogging, it pays off!

I’ll be giving you more news about this crazy shindig as it comes to me.  Cheers! 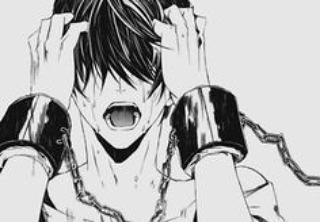 We’re all just unhappy zombies.  Not even just zombies.  Unhappy ones.

Life becomes an endless stream of going from one place to the next, of trying to save time, while understanding that we never had any in the first place.  We spend so much time trying to get time, so that we can waste time in the way we want to.

Each passing day is a blur.  Drive to work.  Spend time serving people we don’t really even know.  Putting on faces that are appropriate, but not real.  We aren’t allowed show people who we really are.  Half the truth is, we don’t even know who we are ourselves.

We spend countless hours trying to be happy, forgetting that, in our search for happiness, we never actually can attain it.  At least not in the way we’ve been trying.  Searching never made anyone happy.  Only finding.  Or better yet, accepting.

Money.  Everybody needs it.  Everybody wants it.  It’s the one thing we try to get above so that we aren’t a slave to it, but it ends up enslaving us anyway.  We try to break free of our chains by fastening them to our wrists.  At least if it’s a choice to be slaves, we can say we were free enough to make such a decision.  We say, “I don’t wanna let money control my life, so I better spend all my time trying to get it.”  Hah.  No wonder life makes no sense.

Pain.  We hate it.  We’ll choose the most difficult route if it doesn’t involve pain.  We’ll sacrifice things for pleasure, even though sacrifice is supposed to involve pain.  We pretend like we’re tough, but the moment the pleasure stops, the moment we get uncomfortable, we’re no better than infants.  Life becomes unacceptable.  Life becomes unfair.  Sometimes, we think it isn’t even worth it.

I’m going through all this now as an adult.  First thing I’m realizing is that being an adult sucks.  Every child thinks about the freedom they’ll have as an adult.  You can’t be controlled by other adults.  You won’t have to ask for permission.  You’ll be carefree, your own boss.

Lies.  Kids are more free than we are.  The older you get, the stronger the chains become.  Welcome to adulthood.

“Everything can be set right, except death.  And death sets everything right.” 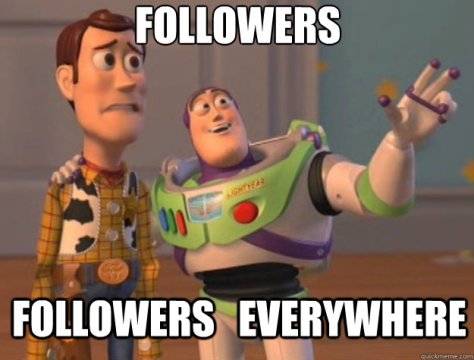 At the promptings of some adoring fans, I have decided to finally update my blog!  Sorry for my absence.  Life has been crazy, what with work….work….more work, and writing projects!

Yes, writing projects.  Lots of them.

I probably sound like a broken record, but I hope to be back for sometime now.  I know I go through these phases where I’m like “BLOGGING IS LIFE!” and then I stop abruptly.  Well, I guess it’s just the way the cookie crumbles.  Either way, here’s to yet another phase.