I don’t normally do this kind of stuff, but I’ve been meaning to review this book for a long time. 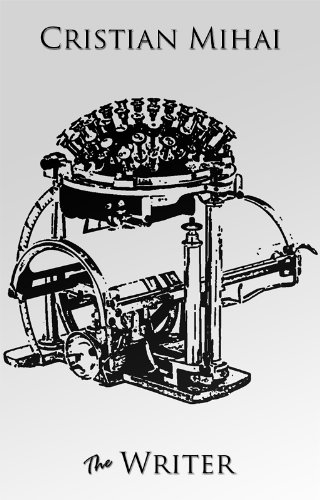 The Plot: A man named Jonathon Fisher feels invisible to the world.  He just wants to be a writer and be successful.  He wants to say something to the world.  But stuff happens and gets in the way, things get complicated…I can’t really say too much more without spoiling anything.

Good news and bad news…let’s start with the bad stuff.

There wasn’t too much plot structure.  You’re thrown into the middle of this story (actually the end of it, but I’m spoiling things) and then you need to piece together the story as you go along.  You don’t get a great feel for any over-arching plot or an antagonist, a problem that needs to be solved, etc.  Well, not until you’ve read over half the story.  And even then, the plot, as it turns out, seems kind of random.

Something else that I was up in the air about was how there seemed to be a touch of magic and fate in the story…supernatural powers at work…but the book seemed so…normal most of the time.  Like it seemed as if it were about a normal person struggling and fighting through life, but then all of this “hand of God” or “Enter Satan” stuff comes into the book.

To say the least, it made the story interesting.

The main character has these lofty, philosophical, and, at times, very cynical thoughts.  The power and realistic feel of Jonathan’s thoughts, his depression…it was amazing.  He was so human, it was actually frightening, but terribly invigorating.  I must admit that I felt as if I were glancing into the author’s soul.

Another great thing about this story is the amount of irony hidden therein.  SO MUCH irony.

And then the plot finally kicks in, and you’re like DANG.

Then it really becomes a page-turner.

You just desperately want Jonathan to be okay, to feel better about the world and other people.  You want him to make good decisions.  Because, by now, you’re SO drawn in.  You want everything to be okay and make sense in the end.

And does it?  Not completely.

By the way, the final sentence of the book makes your jaw hit the floor.

I loved this book.  It spoke to me in so many different ways.  At times, it kind of hurt me to watch someone similar to myself have these same struggles as Jonathan Fisher.  Jonathan has this pessimistic, atheistic worldview, which was surprisingly realistic and meaningful to me, even though I’m a devout Catholic.

One of the solutions to Jonathan’s life, if I may be so bold, would’ve been to have faith in his life; he is utterly pessimistic and depressed because he can’t see the good in anything.  But that’s what faith does; it transforms your worldview so that you CAN feel hope, even in those moments when the world seems like a terrible place; so that you CAN find reason to smile, and think, “Dang, it’s a good world!  Life is good!”

Definitely consider giving this book a read!  You can find it here.