Although it is certainly not the most popular genre in literature, fantasy is still a prevalent concept to this day.  New authors are emerging with intriguing worlds and systems of magic, and it seems like the influx of new ideas and creativity is boundless.

But which is better, modern fantasy or traditional fantasy?  What’s the difference?

What comes to mind when you hear “traditional fantasy”?  Probably The Lord of the Rings.  Why?  Because J.R.R. Tolkien has been called the “father of modern fantasy” (which means his type of fantasy is technically old, but it just paved the way for modern fantasy). 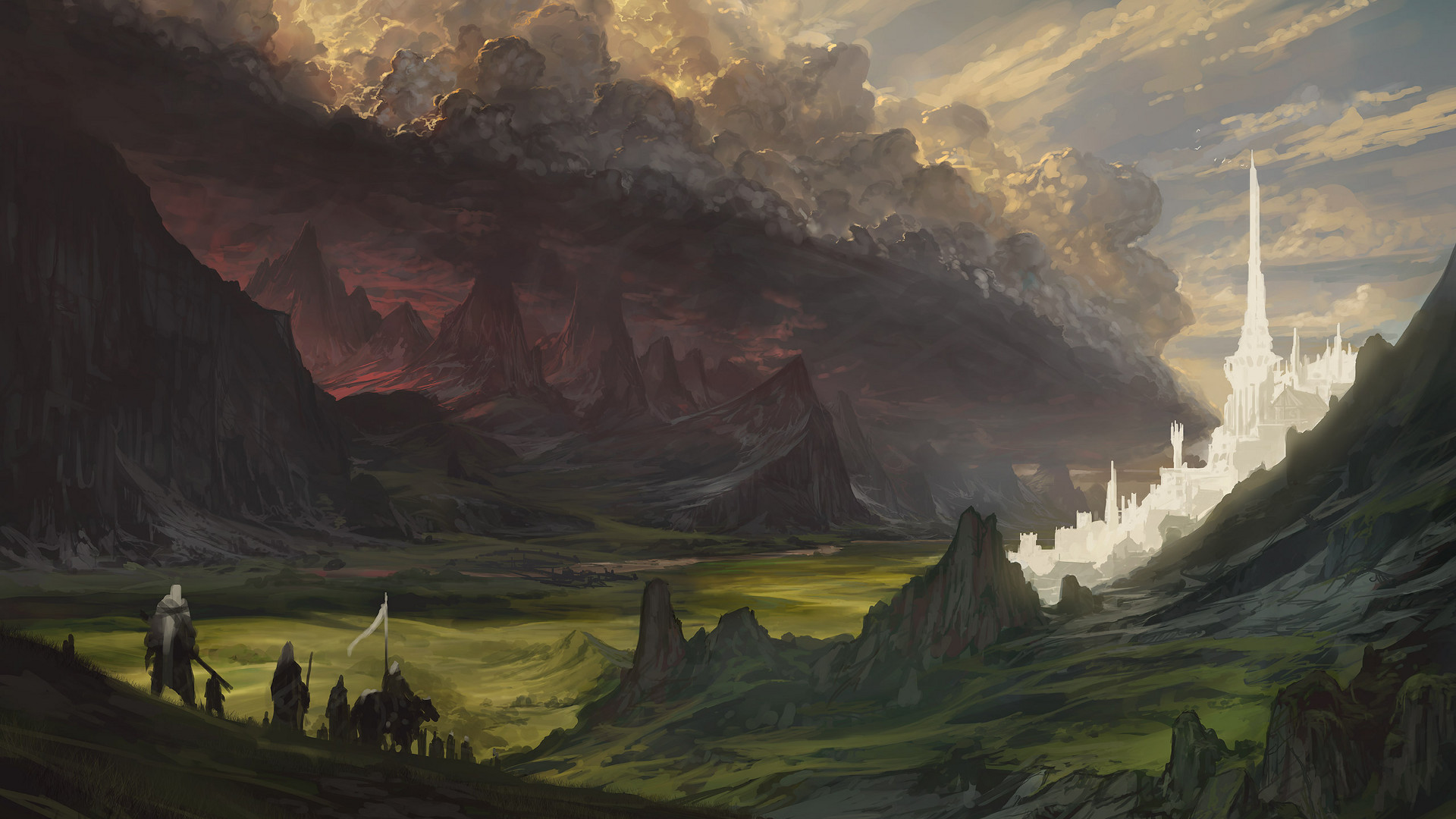 The Lord of the Rings was one of the first stories that had a truly unique world, a world with its own history, diverse cultures, races, secrets, etc.  Even if you aren’t a fan of Tolkien, you have to appreciate the sheer greatness and vastness of Middle Earth.  To this day, all the works of Tolkien haven’t been deciphered and published…a job which has been passed down to Tolkien’s son, Christopher Tolkien.  It’s incredible that an elderly man could have such a crazy but fantastic imagination! As is evident by the pictures I’m using, people go crazy for the world that Tolkien created.  Something that I think a lot of people are impressed by is how well Tolkien contrasts light and darkness, the forces of Good and Evil, without sounding preachy or sugar-coating anything.  Although, in my opinion, the books themselves are not fantastically written, the STORIES of Middle Earth are fantastic and beautiful.

Okay, yeah yeah, Tolkien is great.  But what’s unique about his literature, giving it the title “traditional fantasy”?

The work of art should reveal to the viewers the Truth…so that they people might understand the Good…and, in doing the Good, they might obtain what is Beautiful.

And the Lord of the Rings does this by pitting Good versus Evil against each other, by showing how wonderful Light is against Darkness, by creating heroes and stories that are truly empowering to those that witness and read them.

This is what makes traditional fantasy unique and treasured.  Pick up The Lord of the Rings, The Chronicles of Narnia, The Once and Future King, and you’ll know what I’m talking about.  It is from these stories that we obtain the idea of fantasy, and, in light of the True, Good, and Beautiful, what fantasy is meant to be.

Modern fantasy both has and lacks some things that traditional fantasy lacks and has.  For instance, modern fantasy is very entertaining.  Pick up Mistborn by Brandon Sanderson (sometimes called the Modern Tolkien), or the Mortal Instruments by Cassandra Clare, and you’ll find these books are very entertaining.  Usually, the pacing is a lot faster.

Contrast that with the heroes of Mistborn or The Mortal Instruments.  These characters are more down to earth.  They have relationship issues, identity issues.  Things that people struggle with on a day-to-day basis.  This is good; it helps people connect better with the characters they are reading about, it might even help them overcome similar problems.

However, from what I’ve read, what do modern fantasy stories lack (sometimes)?

The True, the Good, and the Beautiful.

Sometimes, I get the sense that authors are trying to justify their own problems through their characters by allowing the characters to be heroic even though they aren’t truly True or Good.  This can obscure a story from becoming Beautiful.

It’s not just fantasy; take a look around you.  Standards aren’t too high anymore for a “hero”.  They can drop somebody dead without thinking, steal, and act out of vengeance and still be paraded about.  Who cares if they sleep around, kiss three different boys, etc?

There can just be a lack of depth to the writing too, as if Modern Fantasy does nothing to challenge the reader to think about life’s big questions.  There is less of “what does it mean to be human?”  “what is truly evil and truly good?” etc.  It’s simply all about “what happens to this characters, the choices he or she makes, etc”.  And then we are left with the uncertain feeling of what’s right or wrong, or even believing (in error) that there is no right or wrong.

I’d love to hear your thoughts on this matter!  Are there any modern fantasy stories that impress you?  Fail to live up to expectations?  Let me know in the comments!

As luck would have it, I have written my own fantasy novel!  I would love to hear how it makes you feel and think.